Consumers who pay with Catch should be provided with transactional communications (e.g., order confirmation emails or SMS messages) that reflect that they used Catch as their payment method as well as standard financial information about their purchase, including how much they ultimately paid and if they redeemed any Catch credits in the process.

Catch provides data to help merchants communicate these elements of the order details clearly and accurately.

In order to accurately communicate order subtotals, merchants should update their order confirmation email templates whenever the consumer redeemed Catch credits as part of their order.

If you use Shopify, you may utilize the note attributes that Catch adds to orders paid with Catch. (See Catch Shopify order attributes for more details.)

Catch handles management and communication of adjustments to Catch credits as a result of refunds on orders paid with Catch.

In order to ensure that consumers can clearly understand the financial details of their refund, you should:

If a consumer pays with Catch on a Shopify site and redeems Catch credits as part of that purchase, the consumer will pay less than Shopify's original order total. Unfortunately, Shopify currently provides no means to adjust the order total. To account for this, Catch attaches the following note attributes to the order:

Catch adds these three values to the event variable on the Placed Order metric, nested under extra.note_attributes.

Add conditional logic to only add Catch attributes when needed

These updates should only be applied if Catch was the payment gateway used to process the order and if the value of catch_applied_rewards for that order is greater than 0. Otherwise, the default email should be used.

Catch recommends modifying your order confirmation email template as shown in the example below: 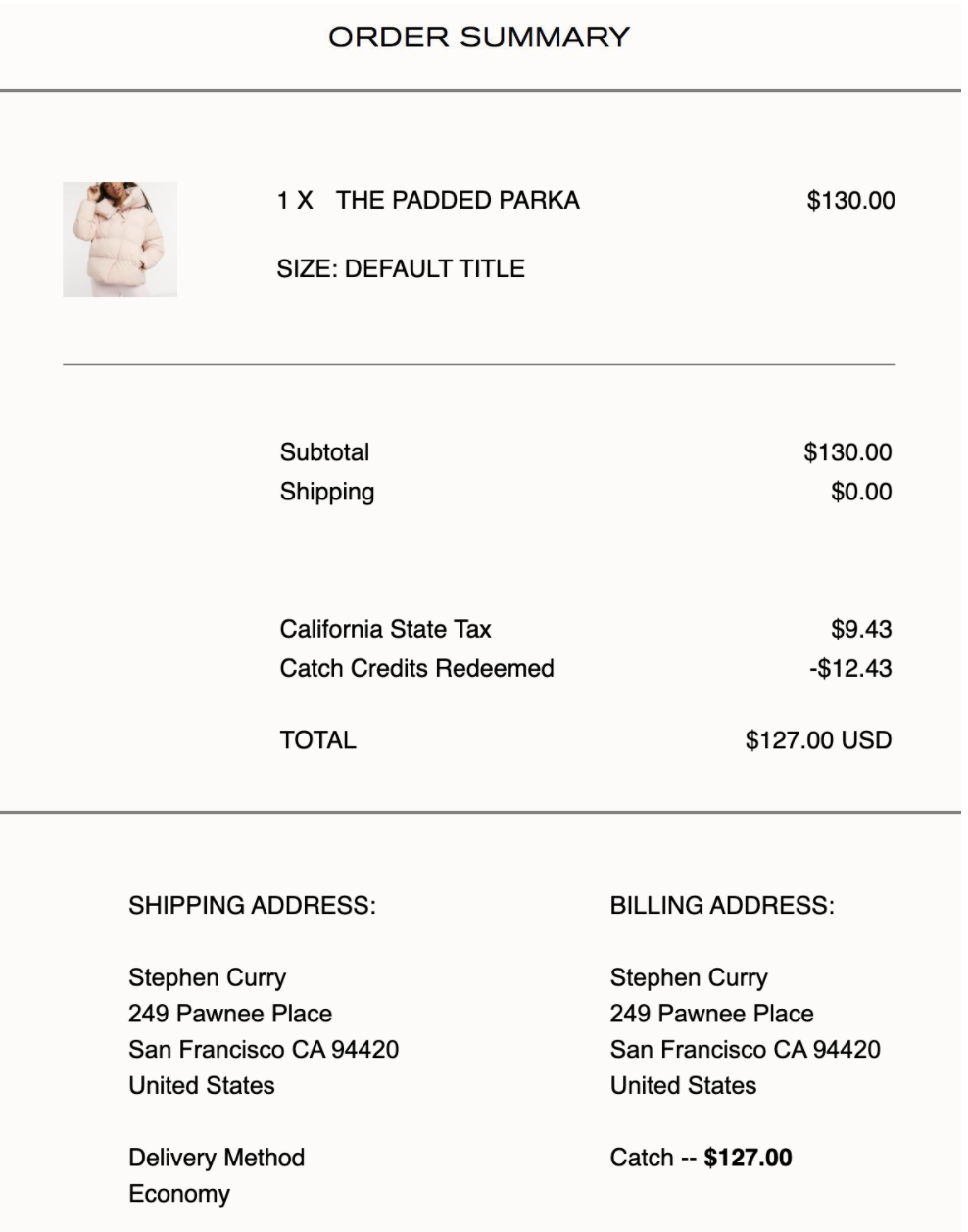